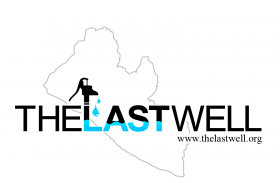 One of the last westerners to leave Liberia before it closed its borders in summer 2014, Dr. Todd Phillips knew he could help prevent the spread of Ebola if he could reach a large audience quickly.

As the founder of The Last Well, a Texas-based nonprofit founded in 2008 that aims to deliver water and missionary work to all of Liberia by 2020, Todd faced a tremendous challenge.

The deadly disease spread fast. Treatment centers needed 15 gallons of fresh water per patient per day, but many lacked a reliable supply.

The Last Well sent newsletters to existing donors, but to make an immediate and lasting impact, it needed to spread the word far beyond its core.

When Todd stepped off his plane from Liberia at Dallas-Fort Worth, he had an outreach plan in place.

Within 24 hours, he sent a news release using PRWeb, which was donated to them by Access Enterprise Forms Management (Access), a leading supplier of intelligent forms, electronic patient signatures and clinical integration solutions. Todd sent another a week later.

Todd hoped the press releases would expand TLW’s audience. Access typically sees a 30 percent spike in Web traffic the week after publishing one, according to Access’ Phil White.

“It was a no-brainer to donate marketing services to The Last Well to write stories about water projects in Liberia, and to distribute these via PRWeb,” Phil says.

“It takes less than 10 minutes to upload a release to PRWeb, set up social media notifications and target members of the news media.”

“Advanced features, such as the ability to embed video and one-click email contact helped connect TLW to new donors and keep existing benefactors up to date,” Todd says.

“Automatic social media updates also removed the need to post Facebook and LinkedIn updates and tweets, enabling the TLW staff to focus on other activities.”

“Combined with other parts of our media plan, PRWeb’s rapid news distribution helped bring in $60,000 in additional donations – enough money to provide clean water to 3,000 Liberians for life,” Todd says

From the time they sent the first release in summer 2014 to Thanksgiving, TLW says it saved 8,600 lives in Liberia.

“PRWeb’s ability to distribute timely news stories to a wide audience was key in achieving these milestones,” Todd says.

Since its inception, TLW has brought clean water to more than 800,000 people in over 1,000 Liberian villages, but Todd knows they still have work to do.

“Nine hundred thousand Liberians still lack access to clean water and up to 100 die each day from water borne disease,” he says.

Want to learn more about our press releases? Click here!

Looking for ideas for your next release?

Find Your Inspiration!
Scroll to top